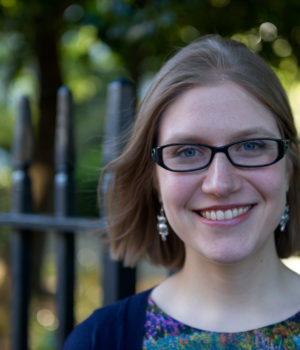 Robin Stevens is the author of the wonderful Murder Most Unladylike Series, but in her latest novel she has continued the story of Ted Sparks which was started by the late Siobhan Dowd. The Guggenheim Mystery has been one of the Inkpots books of the summer – a great mystery story full of really interesting characters. (You can read our review HERE.)

Robin took some time out of her busy schedule to answer some Inkpots questions:

Do you write in silence or do you need some noise around you?

I don’t mind noise at all, or people in my writing space – I wrote three books sitting on busy commuter trains – but I don’t ever listen to music when I write. I put on headphones, but I get so immersed in the world that any music just feels annoying, not soothing.

How long do you write per day?

I don’t set a time goal, because I know I’ll just spend it refreshing Twitter or staring vaguely into space. I tell myself that I have to write a certain number of words before I stop for the day – usually when I’m writing a first draft, it’s 2,000. That might sound like a lot, but I can do it because I’ve planned out the scenes in my head the night before. I tell myself the next part of the story before I write it – I’m basically my own first reader, and if the story’s not exciting me, I know there’s a problem with it!

Do you type or write?

I plan in notebooks, but I always write on a laptop. I like to move scenes around a lot, and delete whole chunks of what I write, and I can’t even imagine how confusing that would be if I was working longhand!

What is your favourite book that you didn’t write?

Charmed Life by Diana Wynne Jones. It’s a story about magic and other worlds, but the characters in it feel so real that it almost seems ridiculous that they don’t exist. I met her at a signing when I was 15 and it’s still one of the greatest memories of my life.

When did you start writing? Do you go to anything like Inkpots?

When I was three I wrote a truly brilliant story about Peter Rabbit. Unfortunately I hadn’t understood that writing was something you need to learn to do – I assumed that you just scribbled on a page and your thoughts would appear there. I finally did learn when I was about six, and I’ve been writing stories with actual words in them ever since. I never did go to anything like Inkpots, sadly – I don’t really think it existed when I was little! I would have loved to, and I’m so glad kids like me have it today.

Do you have a journal?

I used to when I was younger, but I don’t any more. I’m so glad I did – I am someone who learns and remembers by writing things down, and so the most vivid years of my childhood are the ones I put down in my diaries. 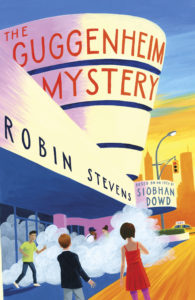 Who is your greatest critic?

Me, of course! I always want to do better, and I know I’m still improving with every book I write. I’m such a perfectionist that I hate first drafts because I know they’re just not right, but I’ve taught myself to grit my teeth and get those words down, because the only way to make the story better is to get it wrong the first time and then fix it the second and the third! I promise you – it will get better!

Are any of your characters based on real people?

All of my characters have little bits of people I know – last names, or mannerisms, or speech patterns, or physical features. But none of them are exactly a real person, partly because it’s not a wise thing to do and partly because it’s a boring thing to do. I prefer making up new people instead of recycling old ones!

Thanks so much Robin!

If you haven’t read The Guggenheim Mystery, here is the link: https://www.amazon.co.uk/dp/B01MV3F0JC/ref=dp-kindle-redirect?_encoding=UTF8&btkr=1