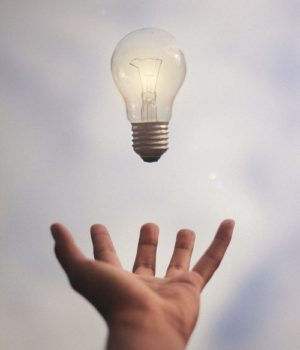 After running 3,500 after school clubs, holidays workshops and events over almost seven years, I closed the doors on a chapter of my business and my life in July this year.

It’s been a wonderful roller coaster of a ride with many, many ups and downs. There are tons of treasured memories – from a group of children who created an underwater story including characters based on them all, which ran for weeks and weeks, through to a wonderfully imaginative photography project which uncovered hidden talents.

We had an impact too. Last year, we commissioned research which showed that 75% of the children who came to our groups felt more confident, with many saying they felt ‘very happy’ there. We had a 93% retention rate term after term too.

Inkpots provided a safe space for many children. We saw meltdowns, bag throwing, screaming and shouting and friendship fallouts. There was despair at SATs and devastation when new class teachers were announced. But the power of creativity and friendship always came through and rarely did upsets last very long.

All in all, Inkpots ran at ten primary and secondary school primarily in mid Sussex, but I also visited schools in other parts of the country too.

What became clear over time was that the needs of the children I was working with was changing. I saw an increase in anxiety levels across the groups – not just in one school, but right across the board. I needed to sort out more and more problems, calm situations down and reassure children week in, week out.

I also was regularly hearing phrases like ‘I’m no good’ or ‘I can’t do this.’ Lack of self-confidence and low self-esteem seemed to be a wall that we hit time and time again.

But the after-school clubs were not the right vehicle for me anymore.

(I also knew that I was providing an unofficial child-minding service for some families – and that wasn’t fair on the children or me.)

So last Christmas, I took the decision to close the after-school clubs. It was a hard, hard decision – at the time, I told parents that it was the toughest business decision I have ever had to make.

But now, in the middle of the school holidays, it feels like the right one.

I could write a whole blog about the challenges of running an after-school club – and I may do one day! But one of the real issues to emerge for me is that I want to connect with people who really understand the power of creativity and want some of that in the lives of their children and for themselves.

The world is a strange place right now and it seems we no longer have maps to steer our lives by. But we need to support our young people so that they can deal with what life can throw at them. We simply just don’t know what’s around the corner.

Harnessing creativity can help us lead happier lives. And at the end of everything, isn’t that what we want and need?

I have taken all the experience of the past seven years, coupled it with my mentoring work with such organisations as YMCA and West Sussex Young People’s Services, added in some of my editorial knowledge and have created a series of packages of 1:1 work with young people – and possibly adults if there is a demand. (Please do let me know if you are interested in the latter!)

This work is in its infancy, but I have spent months researching and talking to various experts and advisors. The initial sessions have been marvellous! Please do check out some of the feedback HERE.

Come September, I will miss the return to the clubs I have no doubt. But I believe that this new work will help me utilise everything I have learned and experienced, helping young people develop their own creative toolkits.

I hope to see you somewhere along this new path.