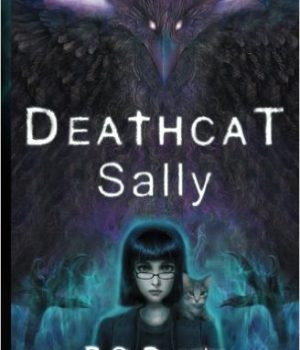 Deathcat Sally is a fantasy novel by P.S Brooks about the afterlife of animals who were killed by humans and sent to ‘No Man’s Land’

The main character, Sally,  finds half a cat attached to her shoulder after she killed it in a tragic car accident. The story can be confusing to follow at times and may seem too unrealistic to some readers. Despite the few dislikes I have for Deathcat Sally, the fantasy novel contains historical information to further improve the reader’s knowledge on the past’s mysteries.

Overall,  Deathcat Sally is an intriguing fantasy book touching upon the unknown of death and the afterlife and with a good plotline with many characters to delve into their history. I would recommend Deathcat Sally to anyone who enjoys fantasy and/or animal stories and who aren’t too young for a tad bit of “adult language” here and there.