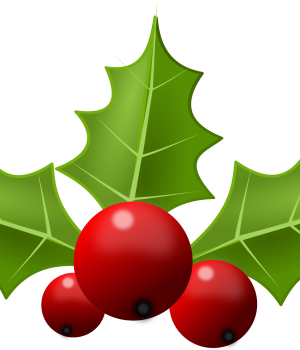 It’s 1 December – and the countdown to Christmas begins!

Over the last few months, I have been lucky enough to be read some brand new children’s books, thanks largely to a great group on Twitter called @KidLitReaders. I also started the Inkpots Writers’ Hut for children in school years 6 and 7 (10 – 12 year olds) and the children there have a chance to read a book a month and then discuss it. The result is that I have come across some cracking books and I thought a quick round up might help anyone who is looking for Christmas presents for children who are really into their books. (Most of these books have been reviewed in the new section of the website called Ink Plots amd more will be added in the coming weeks.)

Darkus is miserable. His dad has disappeared, and now he is living next door to the most disgusting neighbours ever.

A giant beetle called Baxter comes to his rescue. But can the two solve the mystery of his dad’s disappearance, especially when links emerge to cruel Lucretia Cutter and her penchant for beetle jewellery? A coffee-mug mountain, home to a million insects, could provide the answer – if Darkus and Baxter are brave enough to find it …

Lily’s life is in mortal peril. Her father is missing and now silver-eyed men stalk her through the shadows. What could they want from her?

With her friends – Robert, the clockmaker’s son, and Malkin, her mechanical fox – Lily is plunged into a murky and menacing world. Too soon Lily realizes that those she holds dear may be the very ones to break her heart…

Murder, mayhem and mystery meet in this gripping Victorian adventure.

Mistletoe and Murder by Robin Stevens

Daisy Wells and Hazel Wong are spending the Christmas hols in snowy Cambridge. Hazel has high hopes of its beautiful spires, cosy libraries and inviting tea-rooms – but there is danger lurking in the dark stairwells of ancient Maudlin College.

Two days before Christmas, there is a terrible accident. At least, it appears to be an accident – until the Detective Society look a little closer, and realise a murder has taken place. Faced with several irritating grown-ups and fierce competition from a rival agency, they must use all their cunning and courage to find the killer (in time for Christmas Day, of course).

The fabulously festive fifth mystery from the bestselling, award-winning author of Murder Most Unladylike.

He is trying to help his mum, he is looking after his little brother and he is going to a new school.  Then Liam Clarke starts to bully him and it all begins to get a lot worse. But when Johnny gets some very surprising help from an unexpected source his life takes a dramatic turn.

A magical story about finding your place and having the courage to fly.

The Dark Lord by Jamie Thomson

Dirk Lloyd, has a dark secret – in fact he is a dark secret. Dirk – according to his own account – is the earthly incarnation of a Dark Lord, supreme ruler of the Darklands and leader of great armies of orcs and warriors, intent on destruction and bloody devastation. Following a colossal final battle between the forces of good and evil, the Dark Lord was defeated and hurled by his arch-foe’s spells into the Pit of Uttermost Despair. At the bottom of the Pit lies…a supermarket car park in the municipal town of Whiteshields, somewhere in modern day England. And when he is found, and tries to explain that he is the Dark Lord, people think he means Dirk Lloyd. The fact that he’s trapped in the puny body of a schoolboy doesn’t help.

Dreamsnatcher’s Abi Elphinstone heads up this

I met the lovely Sophy Henn a couple of months ago. Check out her lovely Pom Pom books:

Local dad and author Mark Johnson has self published his first book – a delightful rhyming story about a grandaughter’s introduction to gardening in Fred’s Shed. More details: http://www.fredshedbooks.com/